We realize certain media (video, billboards, ads, social media, etc.) may necessitate special styles due to space considerations. Please submit any such examples to pr@llu.edu so we may consider these cases for future updates.

A number of the guidelines appear in more than one section to accommodate the different places people will think to check first.

This style closely follows that of the Associated Press. For more information about AP Style, email pr@llu.edu.

Exceptions to AP Style are noted by *

The following table is a list of entity names at Loma Linda University Health: schools, centers, institutes and hospitals. On first references, an entity's full name should be given (though it may be acceptable to omit the preceding "Loma Linda University" in contexts where it's understood). On second and subsequent references, the abbreviations listed below are acceptable (acronyms are rarely acceptable but noted).

Note: When an organizational name contains a dash, it should be an en (–) dash with a space on either side, e.g., Loma Linda University Medical Center – Murrieta.

Note: When referencing multiple schools, centers, hospitals or institutes, spell out the full names on second and subsequent mentions as necessary to avoid confusion.

These names should rarely, if ever, be used in external communications; our brand is Loma Linda University Health.

Organizations we work with closely

The Dennis and Carol Troesh Medical Campus name must be used whenever referring to the hospital towers and shared platform that is to be open in 2021. The campus refers to both the adult and children’s towers, making the whole building one campus. The full name should always be used when referring to that specific building location.

Commas: When a title can only refer to one thing/work, commas are used before and after its name. When a title is unknown or unclear because it is one of more, there are no commas around it.

"Title" vs. "entitle." Title is correct. Do not use entitled, which means having a right or claim to something (or the attitude that one does). 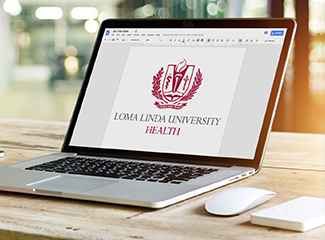 Help with any aspect of our writing standards is available.